Next, we need to add failure data to the architecture model. This needs to be done for each component and, where appropriate, each state. 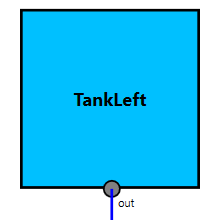 The tanks are identical and have only one failure mode:

Here we specify the output deviation (O@out) to be caused by the “leak” failure mode defined earlier. In this way, we have told Dymodia that an omission of output from this port will be caused by the given failure mode. More complex logic is also possible, as will be seen later.

Since the failure behaviour of the tanks is the same irrespective of which state the system is in, we define the above for the “Default” state, which means it applies in all states.

The left and right valves are identical. Each has two possible failure modes: “jammed”, where the valve is jammed in the closed position, and “blocked”, where flow has been obstructed by some kind of blockage.


We add this information as usual using the Component Failure Data dialogue: 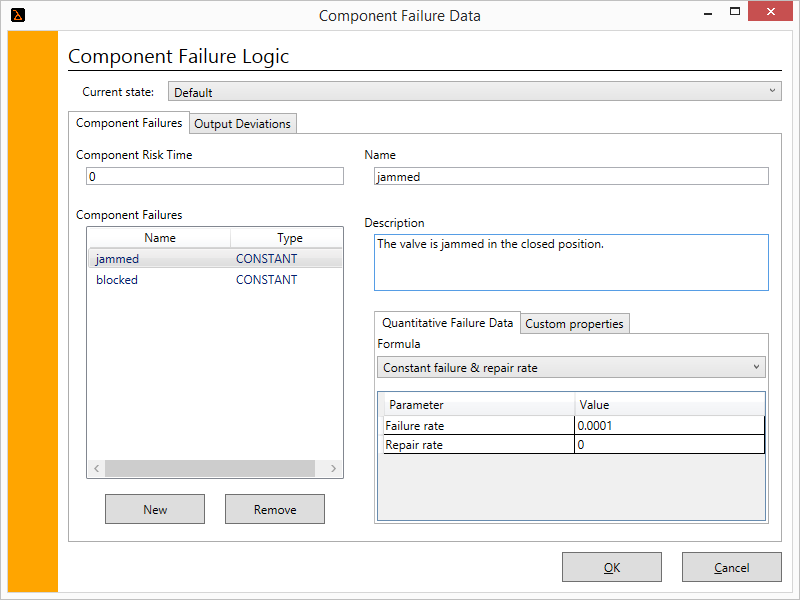 Again, the failure behaviour here is the same irrespective of which state the system is in, so we only need to define it once, for all states. 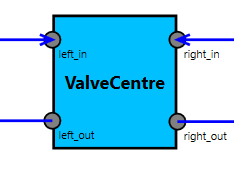 The centre valve is similar to the other valves in its internal failure modes.

The main difference here is in the output deviations. During normal operation – in the “UseBothTanks” state – this component is dormant; it neither takes input nor provides output, because the valve is closed. Its failure behaviour is only relevant in one of the two degraded modes. As such, we must specify this behaviour directly for each state by selecting it at the top: 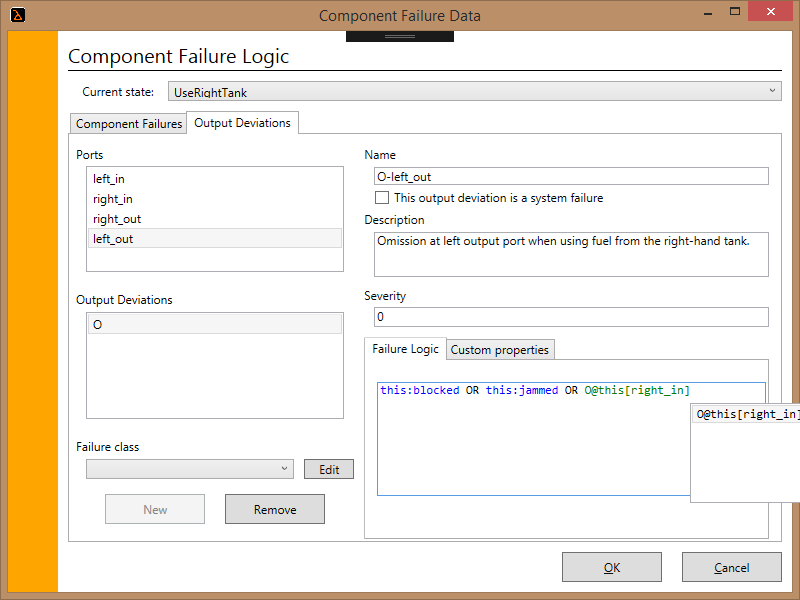 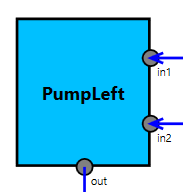 The left and right pumps are identical. Each has only a single generic failure mode:

However, the output deviations are again dependent on state:

One extra addition here is a common cause failure: “PowerCut”. This is defined at the system architecture level and can then be referenced from any component: 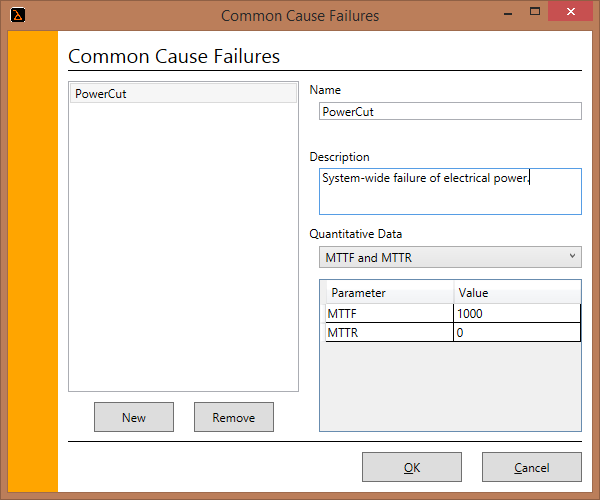 To keep things simple, we do not consider failure of the engines directly; instead we use them only as the “outputs” of the system:

In other words, omission of engine power is caused only by an omission of fuel to the engine.

Next: Linking models
Back to overview