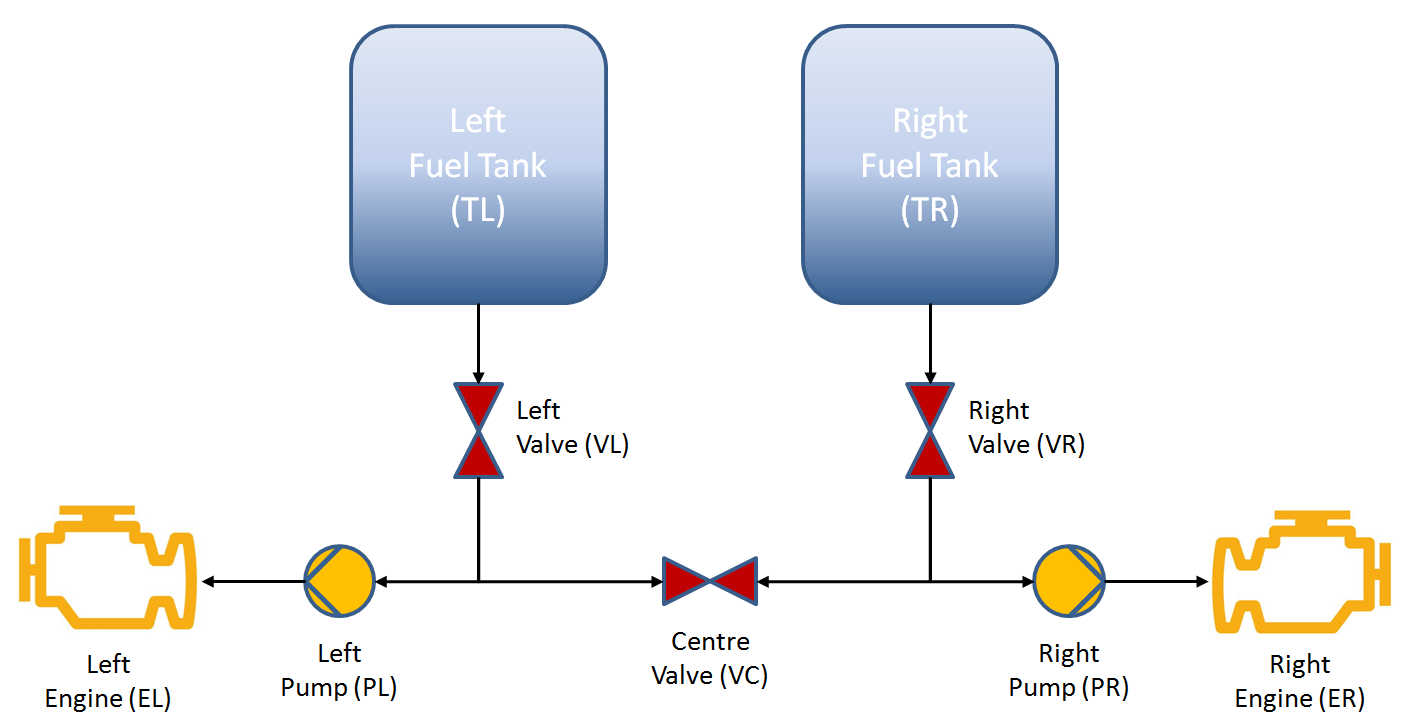 The system is dynamic. In ordinary operation, the centre valve (VC) remains closed, so that fuel from the left tank is sent to the left engine, while fuel from the right tank is sent to the right engine. However, in the case of certain failures – such as a leak in one tank, or a faulty valve – the centre valve can be opened to allow one fuel tank to provide fuel to both engines. System failure occurs when either engine is deprived of fuel.

Next: System modelling
Back to overview